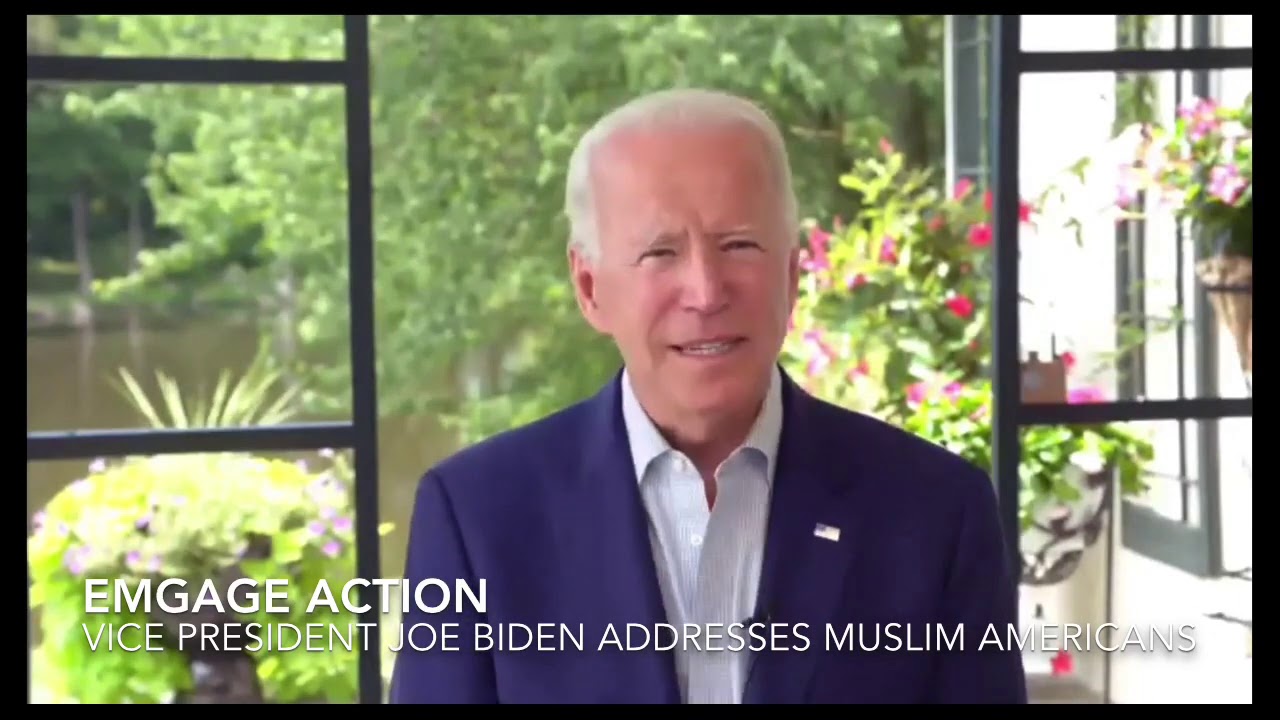 ICYMI: Biden Pledges to End Muslim Ban on Day One of His Presidency at Event Hosted by Emgage Action

Washington, D.C.- Today, Vice President Joe Biden addressed Muslim American communities across the country at Emgage Action’s historic “Million Muslim Votes Summit.” During his address, he vowed to end the Muslim Ban on the first day of his presidency.

“This upcoming presidential election is arguably the most important one within our lifetime. We cannot afford another four years of a Trump presidency. Muslim American communities are organizing like never before to maximize our voter turnout, and to ensure that our voices are represented. We are very proud that the Million Muslim Votes Summit is the culmination of this work, and it is with great honor that our presidential endorsee, Joe Biden, is partnering with Emgage Action to engage with Muslim American communities and galvanize us towards the polls this upcoming November.”

– Preview coverage in the Washington Post by Dave Weigel

– Full video of the event on Facebook; VP starts at ~51 minutes in

– Some interesting commentary on Twitter from Asma Khalid from NPR

Biden made a number of acknowledgements and promises to Muslim American communities. Here are some quotes from his address:

“I’ll be a president who recognizes and honors your [Muslim Americans’] contributions. And these contributions, by the way, go back to our nation’s founding.” – Vice President Joe Biden

“I’ll be a president who seeks out and listens to and incorporates the ideas of Muslim Americans on everyday issues that matter most to our communities. I will include having Muslim American voices as part of my administration. If I have the honor of being President, I will end the Muslim Ban on Day 1.” – Vice President Joe Biden

“I have and will continue to speak out for the Uyghurs, and Rohingya. I will work to…meet the moral demands for the humanitarian crises in Syria, Yemen, and Gaza. I will continue to champion the rights of Palestinians and Israelis to have a state of their own, as I have for decades.” – Vice President Joe Biden