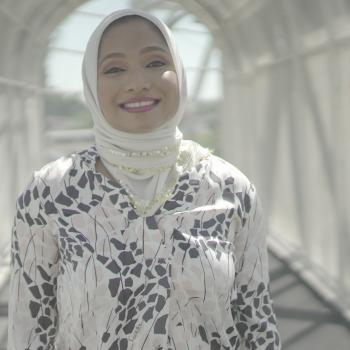 Before running, Fatima taught Chemistry and Environmental Sciences at Watts, building strong relationships with her students and their families. Fatima, the first to arrive in the morning and the last to go out at night, dedicated her time and energy to her students. She founded an award-winning FIRST Robotics team, served as director of the Department of Science, and cultivated strong relationships with her students. While teaching, Fatima became an out-of-the-box advocate for the environment. She and her students studied air pollution from local refineries, water pollution from contaminated pipes, and soil contamination in gardens, play areas and her own football field. She became actively involved in local organizations and joined the Watts Rising Leadership Council. She currently lives in Carson with her husband and 6-year-old son.

As a community advocate and teacher, Fatima saw the struggles faced by her students and the district, from lack of access to unavailable health care and housing to educational inequality and lack of economic opportunities. She saw a clear lack of action by the current AD65 representative. While she never expected to run for elected office, these experiences inspired her to run for the California State Assembly in 2020. In this race, she gained more support against the incumbent, the most funded corporate democrat in the State Assembly, than anyone before. This momentum led her to run, along with a list of like-minded community activists she gathered to run for California Democratic Party delegates. In a surprising turn of events, Fatima prevailed in a field of nearly 40 candidates, earning herself a spot on the Executive Board of the California Democratic Party. More impressively, her entire slate unseated most of the incumbent delegates. This showed that the district was ready for leaders who put them first.

Fatima is excited to build on this momentum for her 2022 Assembly race. She believes in focusing on people over  wealthy special interests every single time. She is fighting to bring responsibility and compassion to Sacramento and prioritize equitable education for all, clean air and water for all, affordable housing, and universal health care. She is passionate about creating a government that responds to people and makes our democratic process more equitable. She is the only candidate in her race to have taken the No Fossil Fuel Money Pledge, the Homes Guarantee Pledge, the No Cop Money Pledge and rejects the money of all corporate PACs to remain indebted to community members, not special interests.