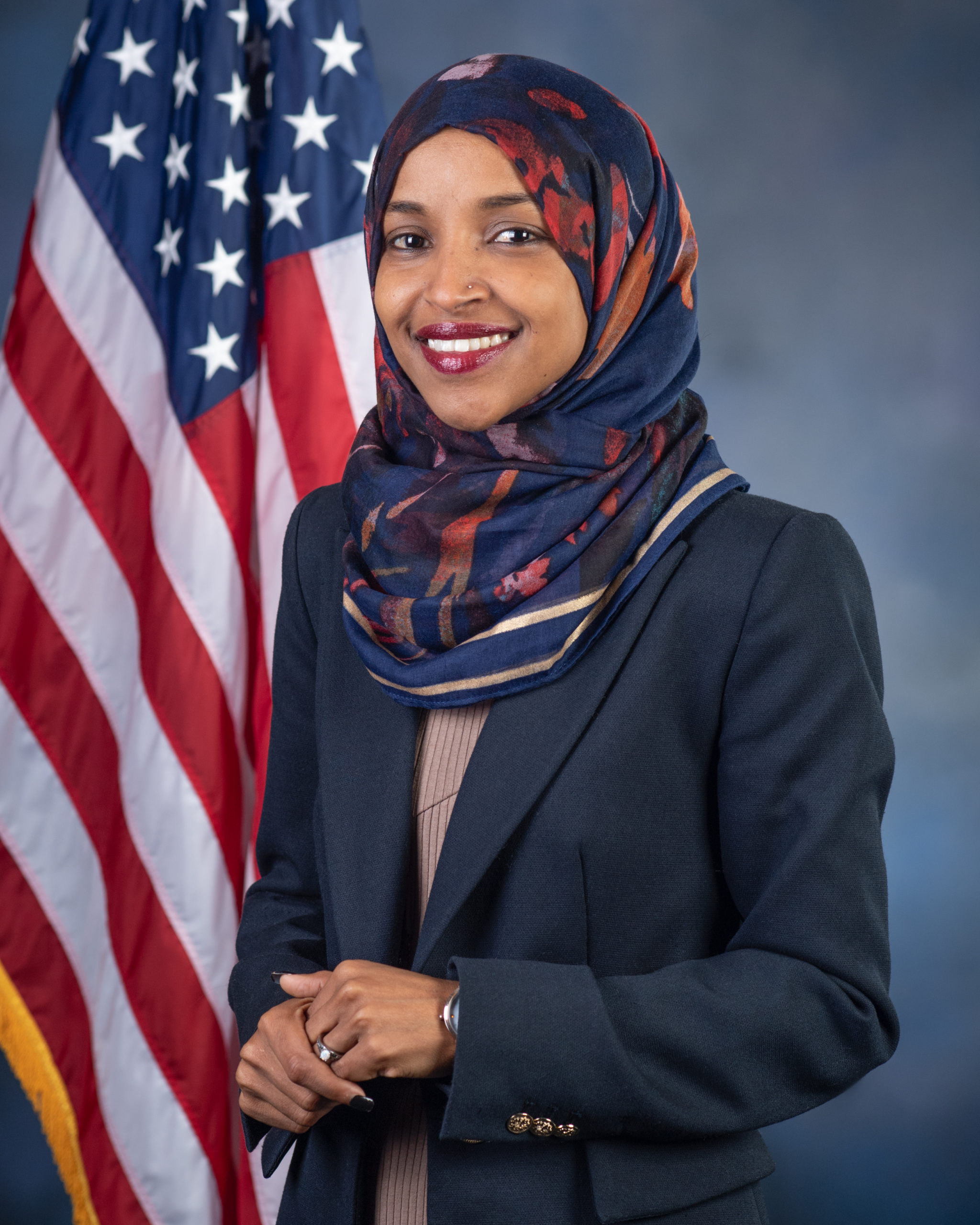 Born in Somalia, Rep. Omar and her family fled the country’s civil war when she was eight. The family spent four years in a refugee camp in Kenya before coming to the United States in 1990s. In 1997, she moved to Minneapolis with her family. As a teenager, Rep. Omar’s grandfather inspired her to get involved in politics. Before running for office, she worked as a community educator at the University of Minnesota, was a Policy Fellow at the Humphrey School of Public Affairs and served as a Senior Policy Aide for the Minneapolis City Council.

In 2016 she was elected as the Minnesota House Representative for District 60B, making her the highest-elected Somali-American public official in the United States and the first Somali-American State Legislator. Rep. Omar served as the Assistant Minority Leader, with assignments to three house committees; Civil Law & Data Practices Policy, Higher Education & Career Readiness Policy and Finance, and State Government Finance.