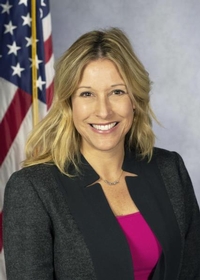 Melissa Shusterman is a small business owner and mom who was elected State Representative for Pennsylvania’s 157th District in 2018 and is now serving her second term.

Melissa began her campaign for the 157th District, in 2017. She was prompted to run by the old boys’ club and special interests that control Harrisburg and prevent progress on important issues in Pennsylvania from being addressed. Her slogan was “Common Sense Before Politics”. Melissa campaigned on government transparency and accountability, education equity, environmental sustainability, and gun control reform. Over the course of the campaign, Melissa knocked on tens of thousands of doors, and gained recognition and support across the county, state, and country. In November 2018, Melissa was elected to office, defeating a four-term Republican incumbent by over 4,000 votes. She was elected in a historic year for women in Pennsylvania, with women increasing their share of representation in the Pennsylvania House and Senate.